The use of Building Information Modelling is gradually making its way through the construction industry – worldwide. However, progress with digital tools varies greatly from country to country. The reasons for this lie in the role of the state, the extent to which subsidies are available and which legal requirements apply. In some countries, BIM is already fully established as a planning method; in others, appropriate incentives – including financial assistance – still need to be created. 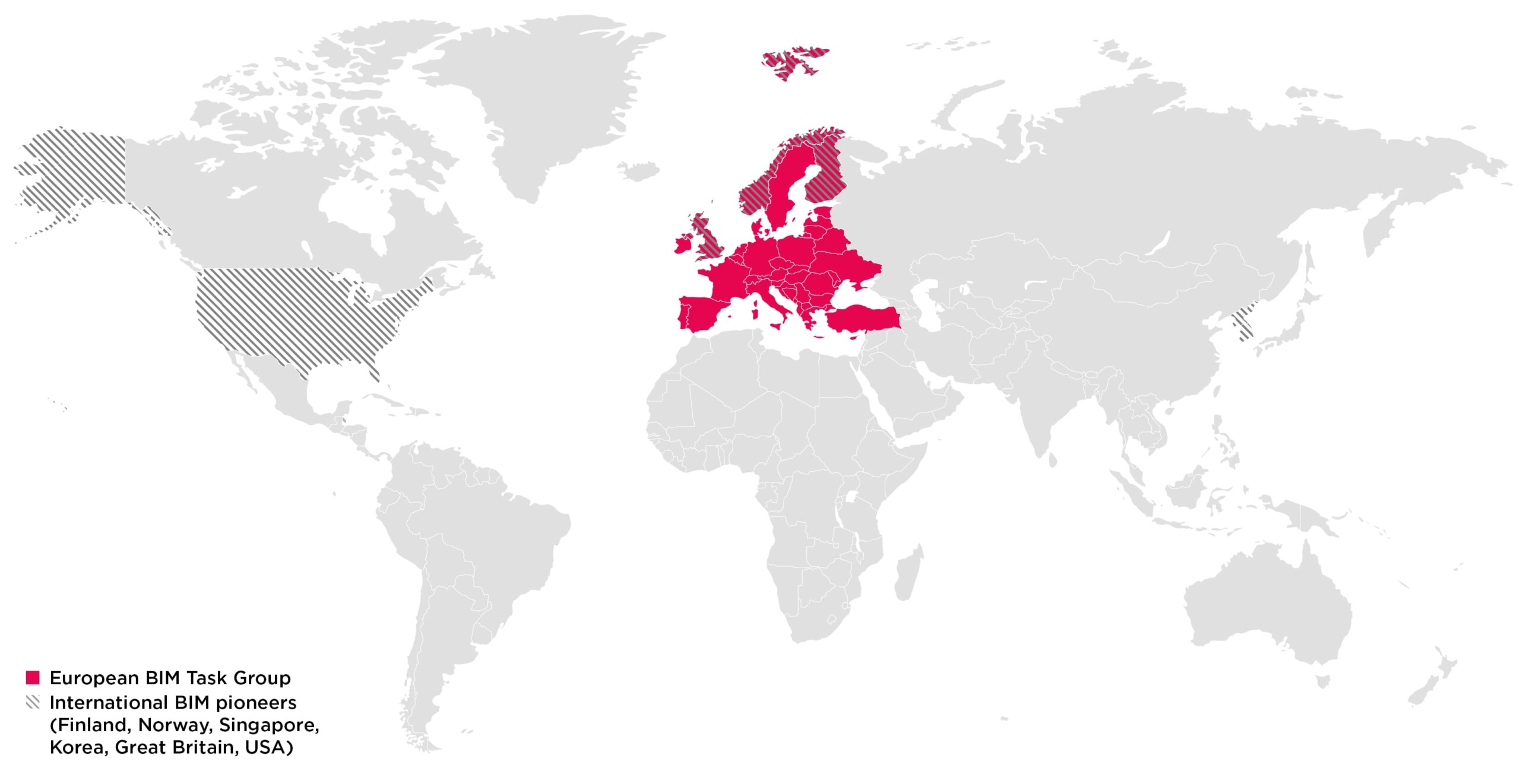 International BIM pioneers are Finland and Norway, Singapore, Korea, Great Britain and the USA. In all of these countries, the handling of public construction projects by means of the BIM method began to be massively promoted, in some cases promoted and in some cases made compulsory, about 15-20 years ago. Different strategies and methods were pursued. Since 2016, Europe has been working together to become a strong BIM location. Here is a brief overview of past and current efforts:

Germany on the threshold

The German strategy for BIM implementation relies on a mixture of regulations, mandatory standards and incentives through funding programmes. The application is currently at the next threshold in Germany – all transport structures and also the first federal building construction projects are to be planned and built using BIM methods on a mandatory basis from 2020. For this purpose, the new BIM Germany initiative was founded in January of this year, which is now initially bundling the federal government’s BIM activities. To ensure that the rest of the industry can follow suit as soon as possible, a variety of funding programmes and resources will be made available. As a planner, it is not easy to keep track of which programme is the most suitable in which situation and in which federal state.

A few years ago, an EU BIM Task Group was set up to promote the use of the BIM method in a network of countries. Behind this brute-sounding name is an association of 21 European countries striving for a uniform European standard. There are various ways for planners to tap into the funding pots of the European Union. Within the framework of the European Recovery Programme ERP, for example, various loans such as the ERP Digitisation and Innovation Loan with €25,000 to €25 million can be applied for. Self-employed persons and freelancers whose businesses have existed for less than five years have the opportunity to take advantage of a subsidised start-up loan from the EU COSME programme with up to €100,000 for the acquisition of hardware and software, licences or consulting services. The currently largest and most important EU funding programme for research and innovation is Horizon 2020. In recent years, a total of around 80 billion euros have been available here for transnational research and development projects – for a wide variety of technology fields and projects ranging from basic research to the development of products or services. These also included many projects from the construction industry as well as special BIM projects. Applications can be submitted by universities and research institutions as well as industry and SMEs, i.e. small and medium-sized enterprises. The current programme expires at the end of 2020, but for the period 2021-2027, the successor programme Horizon Europe has already been decided, which is to address SMEs more strongly and has another 10 billion euros available for this purpose. The Eurostars funding programme of the EUREKA research initiative and the European Commission, which is also aimed at researching SMEs, has a similar inter-European orientation. The advantage of all these collaborative projects is that they mostly consist of consortia as funding recipients, so that non-research project partners can also be involved in these projects.

The unbeaten BIM pioneer in Europe is Finland. Here, the application is already so advanced that it would hardly be necessary to promote it. The government’s first programmes were launched as early as 2001, so that already in 2007 93 % of architectural firms were working with BIM as a tool. Today, Finland continues to invest large sums in the general expansion of digitalisation. The Digital Framework Finland, in which the Ministry of Economy and Employment, the business development agency Business Finland and the technical research institute Technical Research Centre of Finland (VTT) are involved, is responsible for coordination. The goals are to promote platform economies and digital innovations – also for the construction industry. The fact that Finland is so well positioned in the areas of digitalisation and BIM is partly thanks to a clever move. The country not only used the vacuum after the economic crisis as an opportunity to expand digitalisation, but also relied on the innovation potential of start-ups. These were given the best possible support with financial assistance from the state and business angels, so that in the years that followed, innovative ConTech (Construction Technology) companies emerged, among others, which now have a significant influence on digital construction in the country. Finland is therefore continuing to rely on this promising strategy.

Success through government regulation in the UK

The British government’s BIM strategy is also particularly noteworthy. The first BIM efforts were launched there in 2007. However, the ball was really set rolling by the UK Government’s Construction Strategy, whose overarching goal was to reduce public spending by 15-20%. The implementation of BIM in all public construction contracts was an important part of the corresponding catalogue of measures. The Digital Built Britain 2011/2016 programme was instrumental in getting the construction industry’s BIM orientation on track, staggered in four stages so that planners were slowly but compellingly introduced to the subject. Stage 0 provided for 2D CAD drawings, Stage 1 for 3D CAD drawings, and Stage 2 promoted BIM in design and construction for public projects. For the year 2020, an approach to level 3 is now planned, to full Building Lifecycle Management. BLM takes into account the building lifecycle from design through the construction phase to full building operation. Numerous financial and operational aids such as a National BIM Library, which provides BIM objects from a wide range of manufacturers, accompanied the phases. The UK is now becoming one of the most advanced European BIM countries with Level 3.

A European and also international comparison shows that the widespread use of BIM is mostly associated with state regulation, a certain amount of coercion and funding packages worth billions. But these state investments to overcome initial hurdles pay off and ultimately lead to greater efficiency. The best example: Singapore. There, the use of BIM was also made mandatory. Since 2004, all construction documents for public construction projects must be submitted not only electronically, but also as digital construction models in the neutral format IFC. The idea behind this was to be able to check the plans efficiently and automatically for compliance with standards, such as fire protection specifications. Inevitably, the BIM market in Singapore is correspondingly advanced as a result.

In turn, the American example demonstrates how a BIM lead can quickly be exhausted if government targets are lacking. BIM as a method was developed in the USA in the 1990s, and the association of states was the undisputed BIM pioneer for a long time. In the absence of an overarching strategy, uniform standards and unclear institutional responsibility, BIM developments in the USA stagnated. Work is currently underway to regain the old position in the international comparison – but deliberately still in a decentralised manner as a “bottom-up” rather than a “top-down” strategy. Funds and innovations are coming from many different “players” in the industry and from private investors.

Many paths lead to the BIM goal

The bottom line is quite encouraging: BIM is catching on – and a little differently in each country. Ultimately, many paths lead to the goal, regardless of whether one relies on private financing or government subsidies, on laws or the free market economy, on established institutions or on innovative start-ups. This is also the case in many other countries around the world not mentioned in this article. 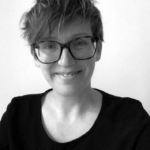 Bettina Sigmund
Specialist journalist with a focus on architecture and the construction industry and owner of “aboutarchitecture”, an agency for architectural communication.